Three ‘blog’ years ago, I had reviewed “Tea in Pajamas“. I never thought there would be a sequel and I was delighted when Rachel (the author) messaged me about it. She had asked if she could send me a book to write a review for her & organize a giveaway. I only blogged for myself and a small handful of friends, and did not think my reach was sufficient for her promotion. While I was delighted to help her, I wanted to show my support by buying the book myself.

Although the book hit retail late last year, I only had time and managed to get it at Popular recently. It retailed at S$16 and being a popular member meant you could get 10% off too. The books were also available at Times, Kino and even online. They were also available for loan at the National Library. You could also follow Rachel’s official Facebook page where there were updates on reading sessions and promotional activities.

So back to the book review. Well, I had to be as unbiased as I could, but I really loved it.

As a sequel, it picked up from the ending of Book 1. Some of the dangers, unknowns from Book 1 spilled into Book 2. Belle Marie returned to present day where it was not quite the same as she had left it. Her family members were missing. This suspense bit was unlike most children’s books. As she mentioned, it did seem a little dark.

I like Greek mythology (so yah, I was a fan of Percy Jackson series too!) and I liked how beautifully it ran parallel with Belle Marie’s adventure. It was a classy, creative touch. Z had forgotten how Book 1 went, so he would have to re-read so that he could catch up on Book 2. I hoped I would be able to append his thoughts onto this post soon.

Meanwhile, do pick up a copy of this book because the journey to Belzerac had never seemed more inviting. Most importantly, support local authors so that we can look forward to her third book. No pressure, Rach! 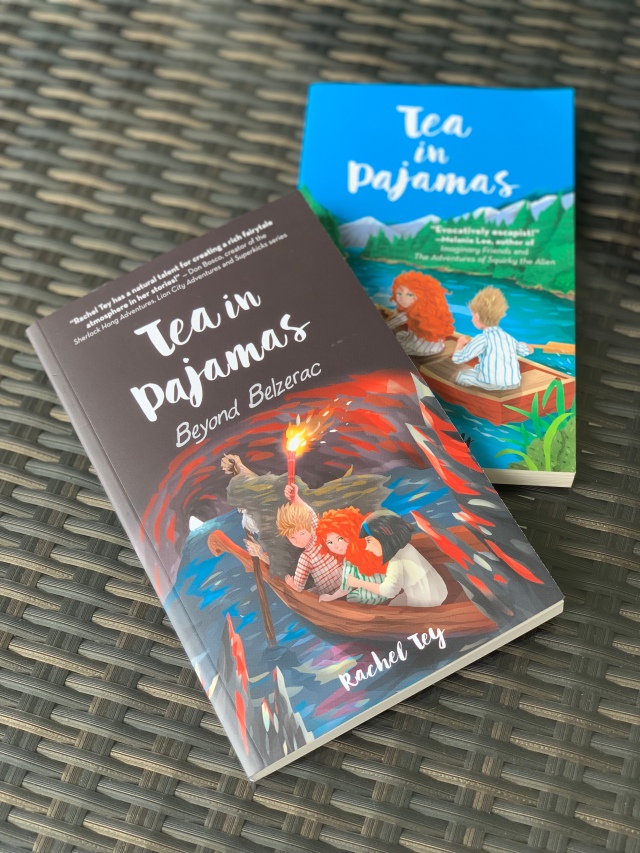 One day, we look back on our thoughts, our opinions of yesteryears and the adventures, the experiences, the days, and we remember what makes us smile, what makes us cry and what makes a family.